How and Why to Develop Your Writer's Voice 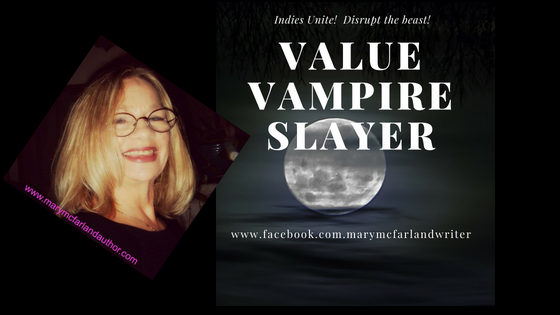 Thaisa Frank and Dorothy Wall provide the best definition of voice in Finding Your Writer's Voice: A Guide to Creative Fiction.  Frank and Wall say, "Your voice is actually a very ordinary thing: It is just who you are, projected artistically" (5).  They add, "It's the way you draw on yourself as you write--your sense of humor, irony, the way you see people and events, use language, and entertain. And it's the way you use these parts of yourself to tell a story--just the way a singer draws on vocal chords, diaphragm, stomach muscles, and emotion to sing" (xv). 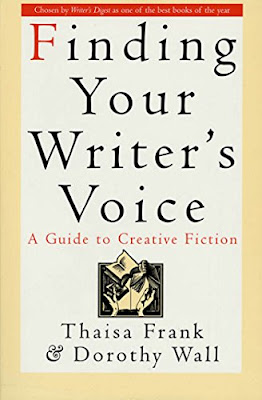 Why Bother Developing Your Voice?

When you think of your writer's voice, what comes to mind?  It's something mysterious.  Ineffable.  Hard  to say: it's . . . there, inside me.  Somewhere.

The most profoundly powerful skill we possess as writers is voice, yet we pay it the least attention.

Why focus on finding and developing your raw natural voice?  Simple: a perfected voice puts you at the top level of your profession.  Conversely, a voice left to languish in lethargy makes you stand out as a novice.  There's another major and even more important reason.  The long-term successes, in terms of reputation and sales, are the authors who've cultivated a distinctive voice.  Think of a phrase for Stephen King's voice: humorously disturbing.  For George R. R. Martin's: grimly fantastic.

Now, think of a phrase for your voice.

How Do I Develop My Natural Voice?

According to Frank and Wall, "[Be] yourself, [speak naturally] . . . [learn] ways to guide and sharpen this natural voice so it tells a story that enthralls a reader" (xv).

It's easier said than done.  It's challenging to pinpoint our own voice and to practice deepening it.  One reason is that it's difficult to let go of our internal editor, but doing so--and then doing the hard work of voice strengthening--does pay off because, frankly, time is money.  It takes time to differentiate ourselves in a crowded marketplace, so why not write stories that reflect a mature and well-developed voice?

I've written several novels, but they live only on bookshelves and thumb drives.  Something was missing--my voice.  Too crafted.  Too stylized.  Too vanilla.  Too . . . not my voice.  And all that wasted time happened because as a newbie writer I felt insecure with everything I wrote.  Was that metaphor the right one?  Was there a better one I could use?  Was my style off?  Was it wrong?  Did I need to rewrite several chapters?  Yes, I did.  Everything always needed more attention, more editing, more time.  Thus, my insecurity, teaming up with my relentless internal editor, stifled my natural voice.  I ran out of time and energy and confidence, and as my writing stalled, so did my reputation.  Sadly, some of the stories I've written were good--before I edited the voice right out of them . . . and they became something I didn't recognize.  Something I didn't like.  Something that wasn't me at all.

How Do I Turn Off My Internal Editor?

Don't turn her off.  Ask your internal editor to "listen with you" as you write.  As Frank and Wall teach, "Voice deals with sound, quite apart from meaning."  Thus, we need to learn to listen for a voice that is ours and to spot and identify imposters, i.e., voices that emanate from us that do not enliven the page.

Thaisa Frank's and Wall's book is packed with fun useful activities that help develop voice.  It's one of the most useful I've ever bought. 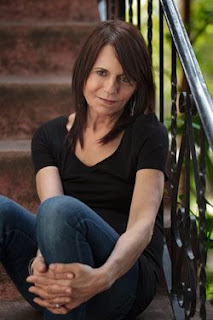 A few of the how-to find your voice activities provided in Frank's and Wall's book include: